It was a full day for the Japan team as we kicked off Day 1 of the Joyful Kids program. The team introduced this year’s theme song, “The Christian ABCs”. Through this song, the children heard basic truths about Jesus’ death, resurrection and intercessory role on our behalf. 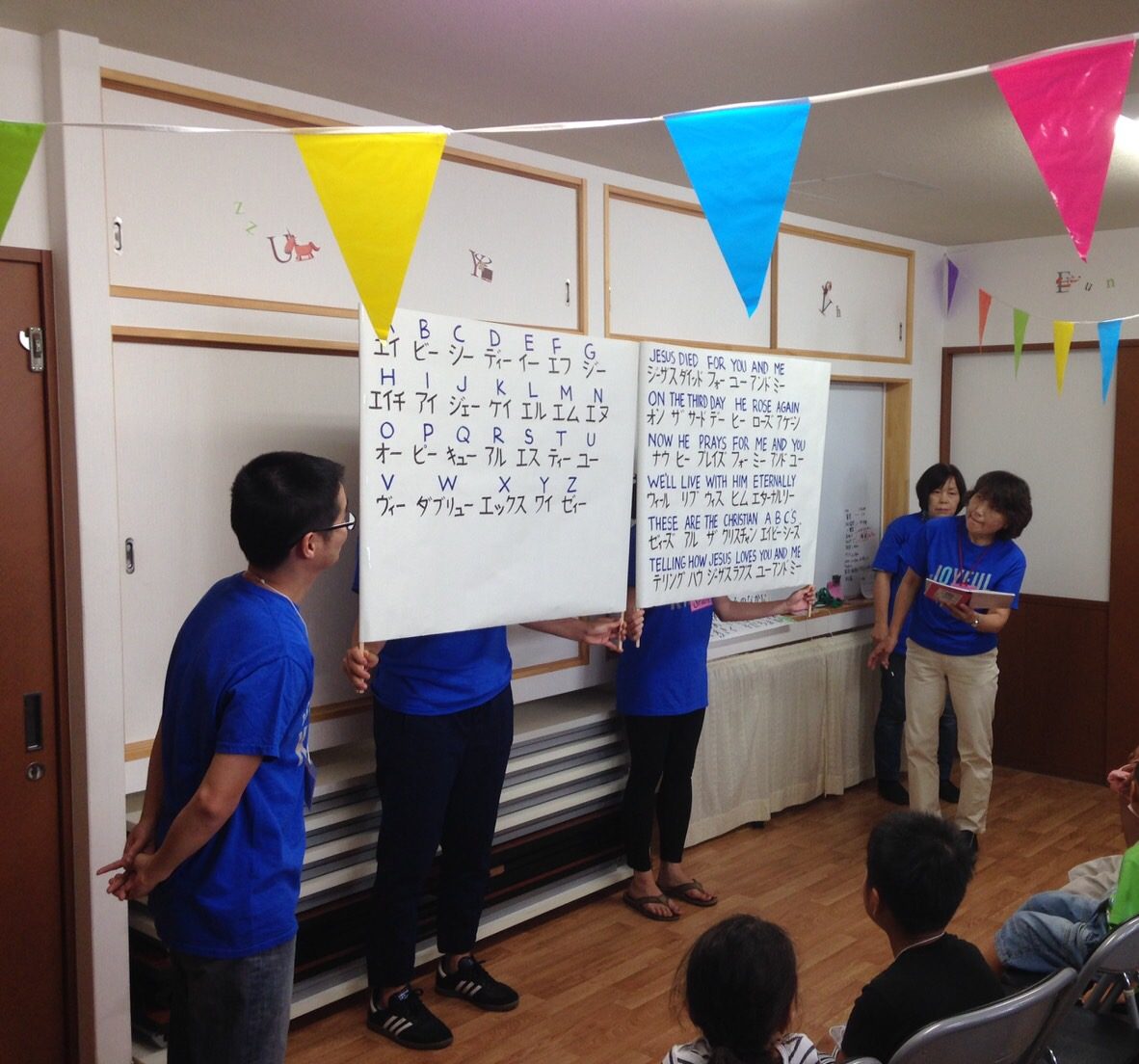 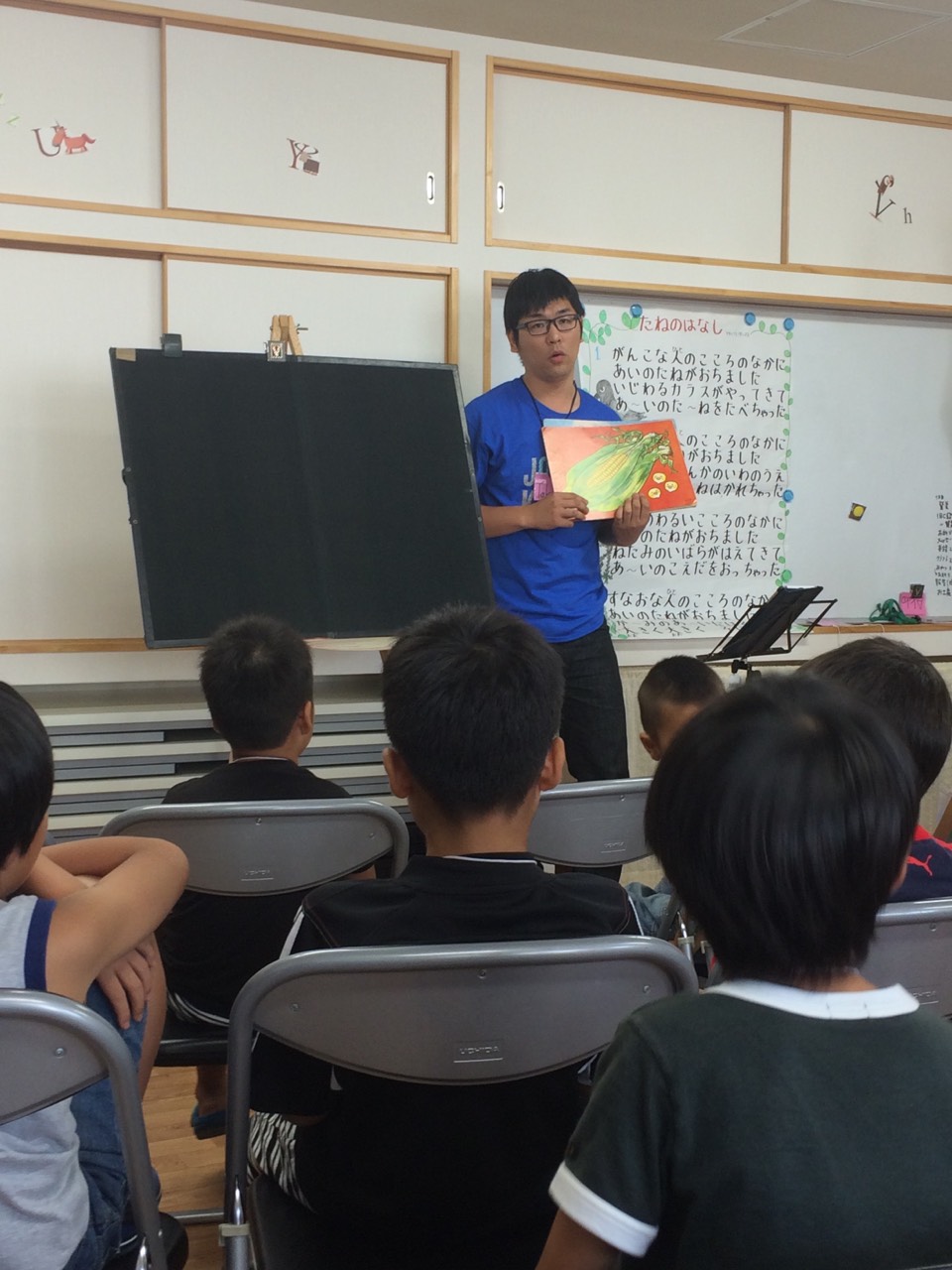 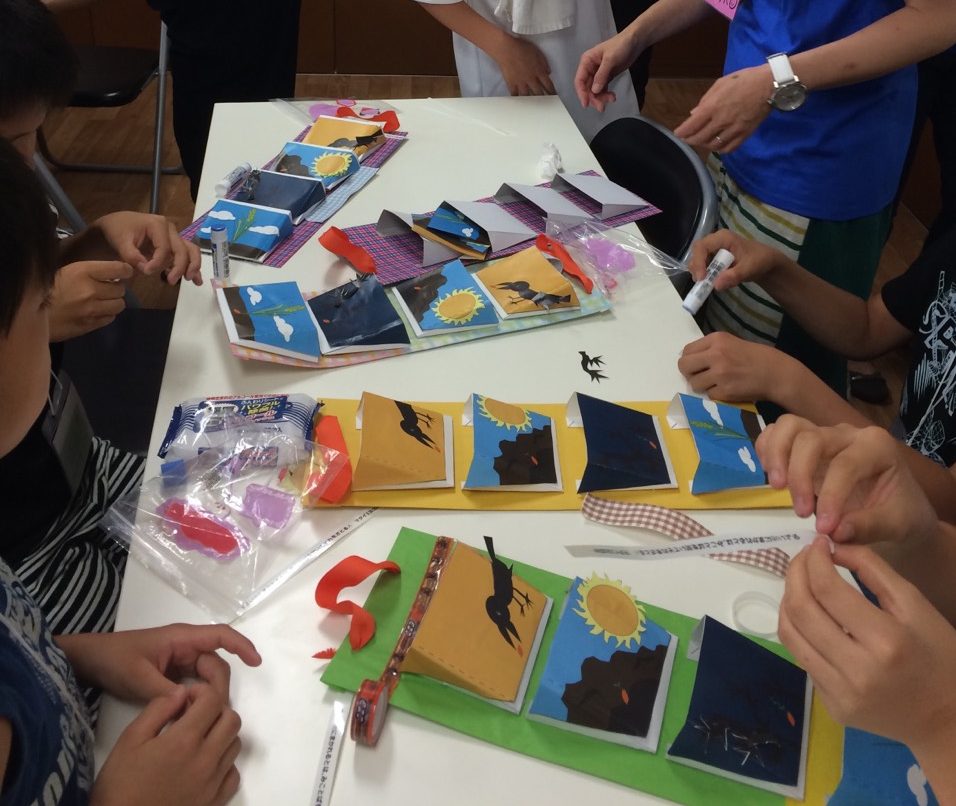 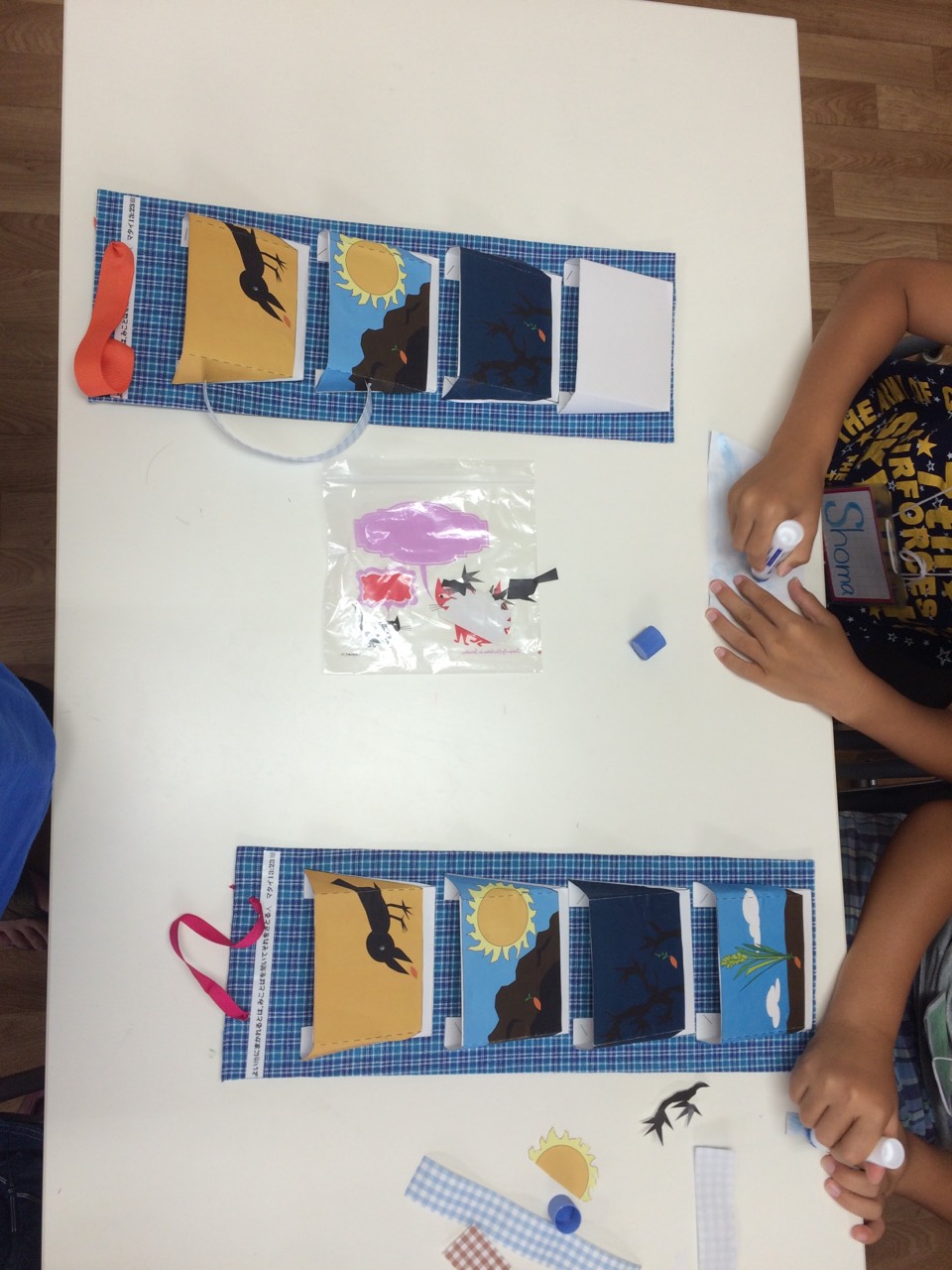 English classes were divided into two groups: a younger group spanning from preschool to 2nd grade, and an older group for 3rd-6th grade. Today’s lessons covered the sense of touch and the children learned vocabulary to describe how something might feel (soft, rough, cold, hot). Although many children were shy at first, the games and activities helped the children engage with the new vocabulary, teachers and each other. 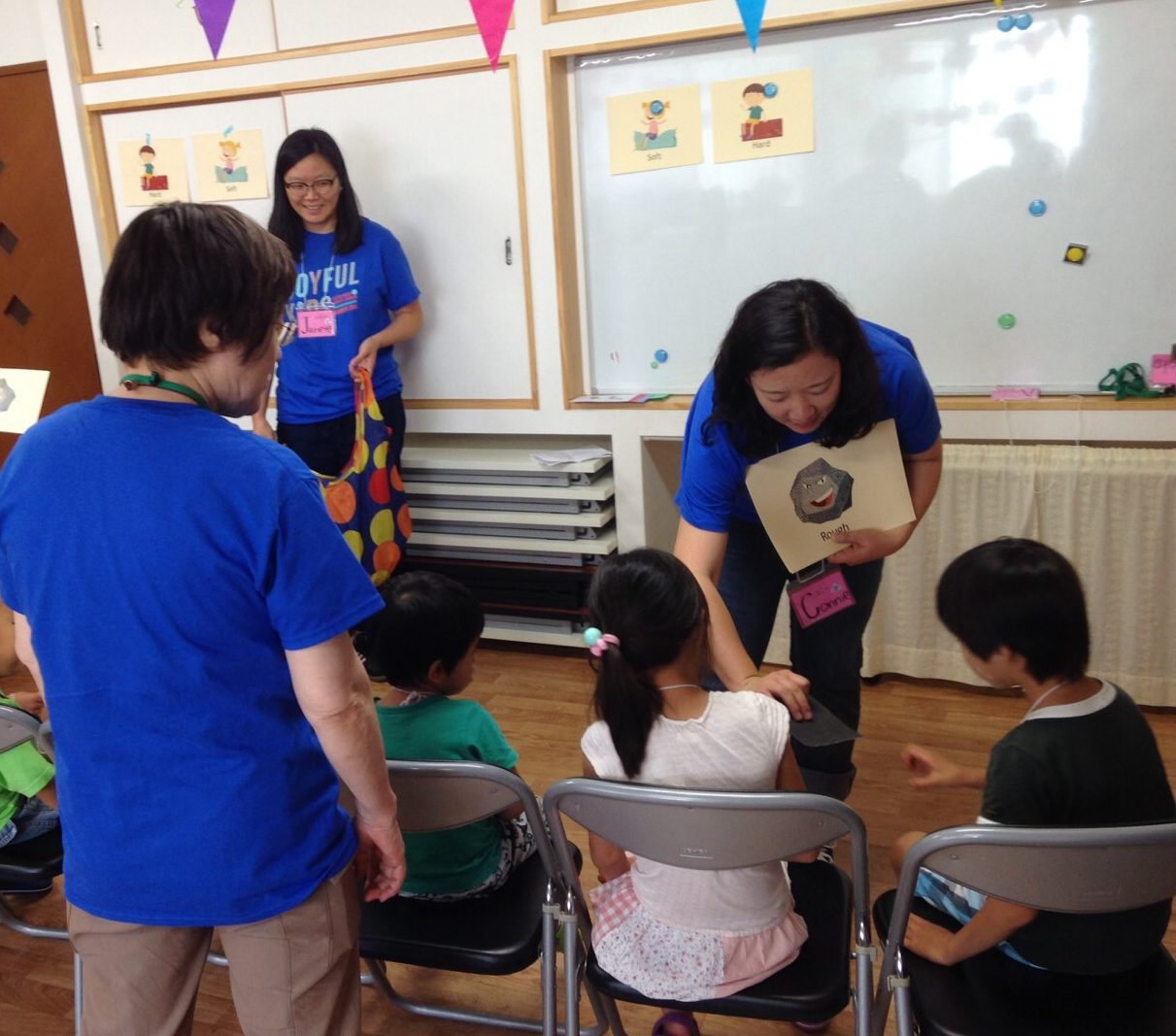 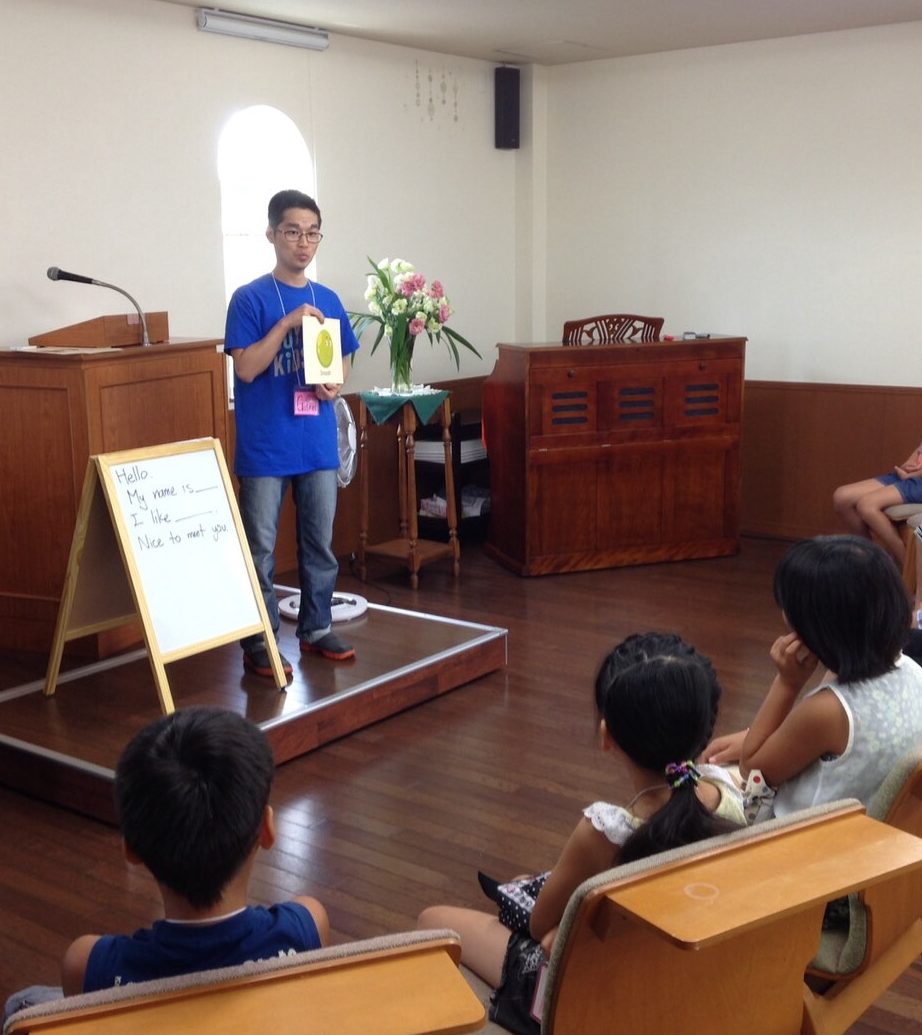 After a snack, it was time to wrap up Day 1. A highlight for many of the children are the toys and candy from America given to them at the end of each day. Each student was given Fruit-by-the-Foot and a tote bag with an American flag on it. The tote was a perfect gift for holding another special treat, a Joyful Kids t-shirt designed by our very own Janete Chun! This is the first time t-shirts have been given out at Joyful Kids, and it was clear that both the children and staff were excited.

After a debriefing meeting and dinner, the Japan team headed back to church to practice a few songs with Yuya and Aoyang for next Sunday’s church service. One of the songs is “You Are Holy/Prince of Peace” – which happens to be one of the team songs from the Thailand 2014 trip! We’re planning a surprise for the other song – hopefully we’ll be able to pull it off! 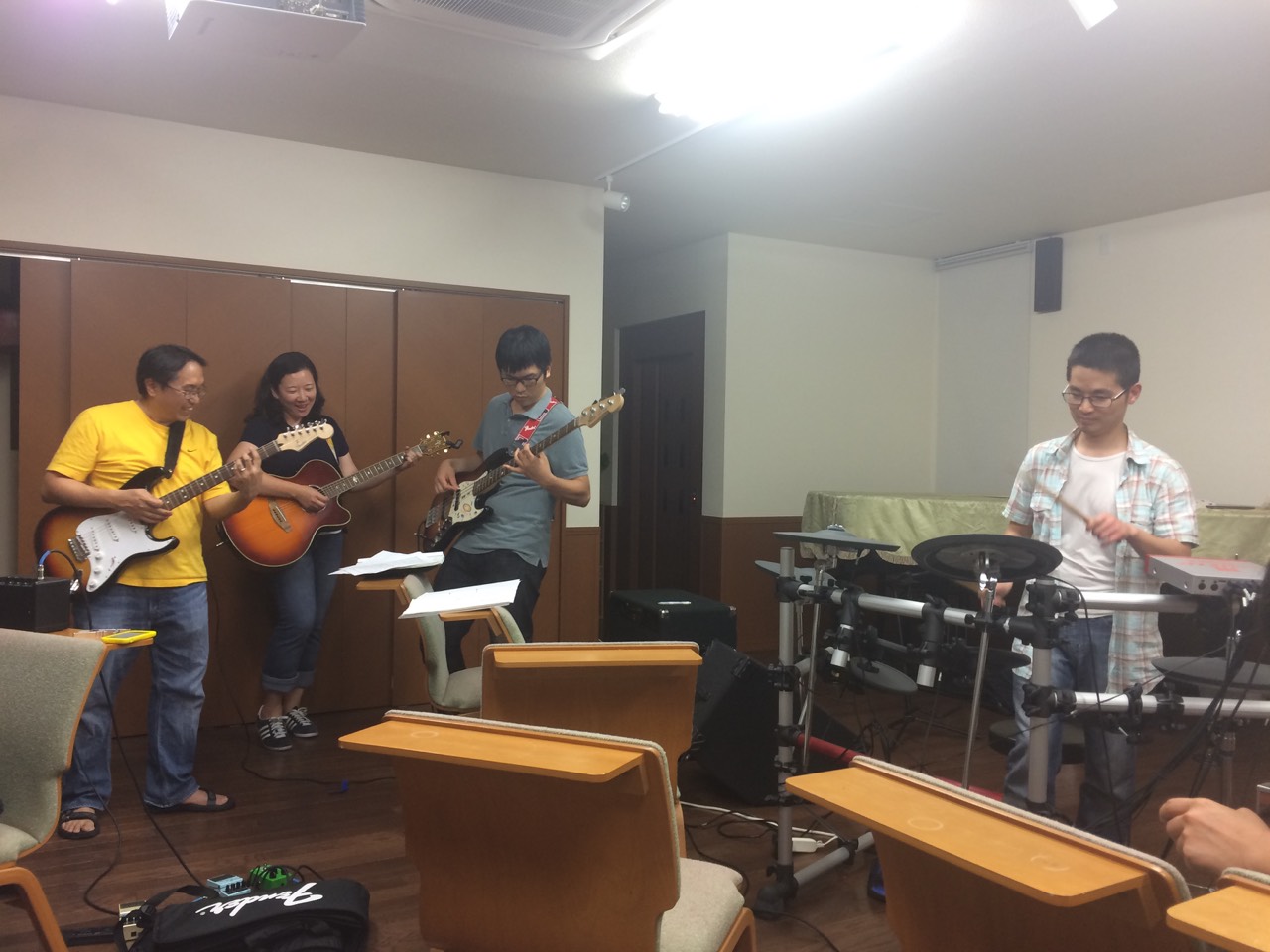 It’s been our longest day yet out here, but we’re humbled to be serving alongside such faithful brothers and sisters at Hatta Nishi and are looking forward to Day 2 of Joyful Kids tomorrow!