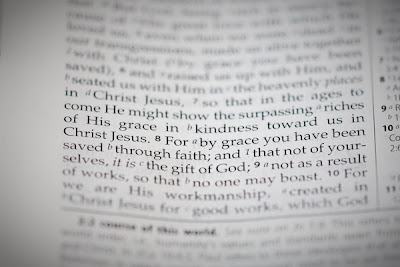 A while back at a prayer service, Sean shared his testimony with us.  Those present were tremendously encouraged to hear about the unique circumstances in his life at that time.  I think I was especially blessed because that following week I retold his story a few times.  After about the third or fourth time, I realized that I was leaving out too many good details and it wasn’t doing justice to such a great testimony.  After all, it wasn’t my story but I really thought people would be encouraged to know.  So I asked Sean to write it down for our church website.

There’s a lot of good stuff we can take from Sean’s testimony.  The most glaring is simply God’s sovereignty in the people and circumstances He used to bring about Sean’s conversion.   But what else do you see?  We can see that salvation comes from hearing the Word of God.  We see the patience and loving kindness of a wife married to an unbeliever.  We also see hope that people can come to faith later in life, despite having a family and career.  And we see that soften hearts and forgiveness are the work of our God.

The next time you hear a testimony, ask yourself what you can learn from it and how you can encourage others.  Thank you Sean for your words and service to our church!